No Result
View All Result

E-commerce sales hit $25.6 trillion globally in 2018, up 8% from 2017, according to the latest available estimates released on the 27 April by the UN’s trade and development body, UNCTAD, at the start of its UNCTAD eWeek event.

According to the UNCTAD analysis, the estimated 2018 e-commerce sales value, which includes business-to-business (B2B) and business-to-consumer (B2C) sales, was equivalent to 30% of global gross domestic product (GDP) that year. More
Data and privacy unprotected in one third of countries, despite progress

Only 66% of the nations of the world safeguard people’s data and privacy, despite an 11 percentage point increase in the adoption of data protection and privacy legislation in the period 2015-2020, according to new UNCTAD data.

Results of a new survey on global cyberlaw adoption, released on 28 April during the UNCTAD eWeek, show that the share is even lower among least developed countries, at just 43%. More

As countries adopt radical measures to bring the coronavirus pandemic under control, international trade and transport systems are under tremendous stress. Early evidence shows that international trade is collapsing, threatening access to goods and critical supplies.
In response, a new UNCTAD policy brief outlines a ten-point action plan to help industries involved in the movement of goods keep free-flowing trade afloat during the COVID-19 crisis and its aftermath. More
COVID-19: Senegalese e-payment company shows resilience in a time of crisis

Youma Dieng Fall, co-founder of PayDunya and member of UNCTAD’s eTrade for Women community, shares how the business has adapted to the coronavirus crisis, bouncing back stronger from the shock.
“My first thought was, ‘How will we survive?’” said Ms. Fall, when the country’s president, Macky Sall, declared a nationwide state of emergency to fight the spread of the novel coronavirus in the west African country. More
Benin, Mali and Niger eager to tap e-commerce opportunities. 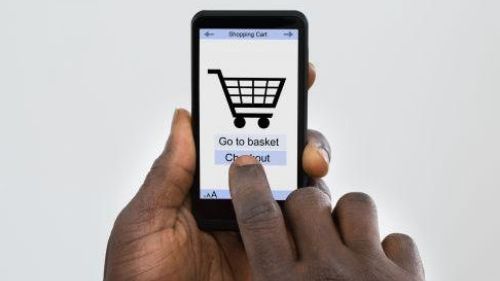 The coronavirus crisis is boosting e-commerce as more people shop online all over the world, but least developed countries (LDCs) are not adequately prepared to tap the ensuing opportunities.
UNCTAD’s rapid eTrade readiness assessments conducted in Benin, Mali, and Niger found that the three west African countries need far-reaching reforms to seize the benefits of online commerce. More
Previous Post

UNCTAD - MISSION REPORT : Launch of the UNCTAD-ECCAS-AfDB Project in Central Africa and delivery of the Empowerment Programme M1 in Kinshasa, DRC

UNCTAD News: How science, technology and innovation can help build resilience to multiple shocks (22 May 20)

No Result
View All Result